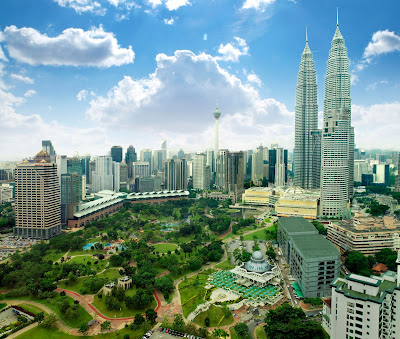 The Securities Commission Malaysia (SC) launched its latest Islamic capital market (ICM) initiative with the unveiling of a five-year Islamic Fund and Wealth Management Blueprint, which vision is for Malaysia to be a leading international centre for Islamic fund and wealth management (IFWM) and to drive further development and growth of the ICM. IFWM, despite having a longer history than sukuk and banking in general, continues to be the Cinderella of the ICM. This is despite the fact that there are almost 1.5 billion Muslims in the world and the size of the Muslim professional and middle classes with an increasing amount of disposable income and affluence, continues to grow both at home and in the diaspora.

Wealth management in the form of estate planning, inheritance and pension provision in old age is vital both for investment and social security reasons. It is set to proliferate, especially following the launch in January of the dedicated RM100 billion Islamic pension fund, Simpanan Syariah, by the Employees Provident Fund (EPF), which has confirmed its plan to increase the fund by an additional RM50 billion next year.

But, why has IFWM been slow to take off as the industry enters its fifth decade in its contemporary history? The reasons are manifold. The three main asset classes in investment portfolios are usually gilts (bonds and certificates of various sorts including sukuk), real estate and equities. While in the conventional system, all the above asset classes are tried and tested and culturally accepted, the same is not true of Muslim markets.

The old adage that Arabs (and many Muslims) prefer to invest in bricks and mortars because they are tangible and can be “felt” is still having a psychological impact in the investment psyche of some Muslims, including high net worth (HNW) ultra-conservative ones. This despite the fact that the real estate sector, especially in the Gulf Cooperation Council countries, has seen several bubbles over the last few decades which has seen market collapses and affected ordinary investors badly. Governments have lowered the ceiling of exposure to real estate of banks and also banned gearing — stopping individuals borrowing money to speculate in property.

The sudden proliferation of the sukuk market over the last decade has detracted from the development of the equities market as financial institutions spent more resources in innovating sukuk structures as opposed to equity offerings, which on the whole remain vanilla. These asset classes, of course, are subject to the vagaries of economic cycles. Even global sukuk issuances in 2016 for instance is set to top US$80 billion, way below the US$130 billion in the halcyon days of 2012.

IFWM, like most of the direction of investment financing in the industry has traditionally been geared towards HNW people. The Islamic finance industry has failed to democratise the syariah-compliant investment space, in particular access to capital markets. How many sukuk are aimed at retail and ultra-retail investors? Here Malaysia has set the standard with Dana Infra, which has issued retail sukuk to part fund the LRT expansion in Kuala Lumpur.

Given that sukuk is now a globally acceptable investment asset class, it is not unusual to see the Californian State Pension Fund as an investor in such certificates. At least, in the equities side, Malaysia’s Islamic unit trusts and the Saudi National Commercial Bank (NCB’s) Al Ahli Islamic equity fund suite have pioneered access to syariah-compliant products. But, whether they have enjoyed the same government support in terms of tax and other incentives is a moot point.

It is against the above challenging background that Second Finance Minister Datuk Johari Abdul Ghani launched the SC Blueprint on behalf of Prime Minister Datuk Seri Najib Razak. Malaysia has an impressive record of launching blueprints and master plans for the various segments of the Islamic finance industry, backed by the requisite legal, regulatory and enforcement frameworks. This is because it is the only country where Islamic finance has been treated in a holistic, systemic way. The Islamic asset and wealth management blueprint is the latest and, perhaps, belated manifestation.

Najib in his message in the blueprint was to the point: “The IFWM Blueprint is a further demonstration of the country’s continuing leadership in Islamic finance as we seek to develop yet another new growth driver for the industry to enhance its value proposition and ensure its sustainability.” The three strategic thrusts of the blueprint are predictable — strengthening Malaysia’s positioning as a global hub for Islamic funds; establishing Malaysia as a regional centre for syariah-compliant sustainable and responsible investment; and developing Malaysia as an international provider of Islamic wealth management services.

Similarly, the 11 recommendations of the blueprint, once again, feigns ambition than substance. There are interesting themes, including enhancing market access and international connectivity; promoting the growth of private equity; facilitating new digital business models, products and services for IFWM; and providing targeted incentives to strengthen international competitiveness.

SC chairman Tan Sri Ranjit Ajit Singh reiterated at the launch: “As part of the holistic development of Malaysia’s Islamic markets and consistent with the Capital Market Masterplan II, the blueprint will also drive greater internationalisation of the Islamic fund and wealth management industry through enhanced cross-border capabilities and connectivity.”

The reality, unfortunately, is that the Malaysian IFWM industry and institutional investors have been frustrating, parochial and ultra-conservative in their cross-border activities save for a few forays in Asean and Australia. For the blueprint to realise its potential, a mindset change by Malaysian asset managers is similarly required!